Known as a UFO sighting hotspot, Capilla del Monte has turned into an international tourist destination.

Though there is no definitive evidence if the area attracts UFO sightings or alien landings, the festival definitely attracts thousands of tourists every year. Now in its fourth year, the festival held in the Cordoba province over the weekend included a parade of LED light studded stilt walkers, Star Wars characters, alien costume contests and shops selling green stuffed aliens with bulging eyes next to hooded ETs from the 1982 film. The Uritorco Hill A.K.A. Argentina’s “Magic Mountain” was one of the most visited sites by star-gazers, seekers of its “energy source” and even those who believe it to be a door to other dimensions. 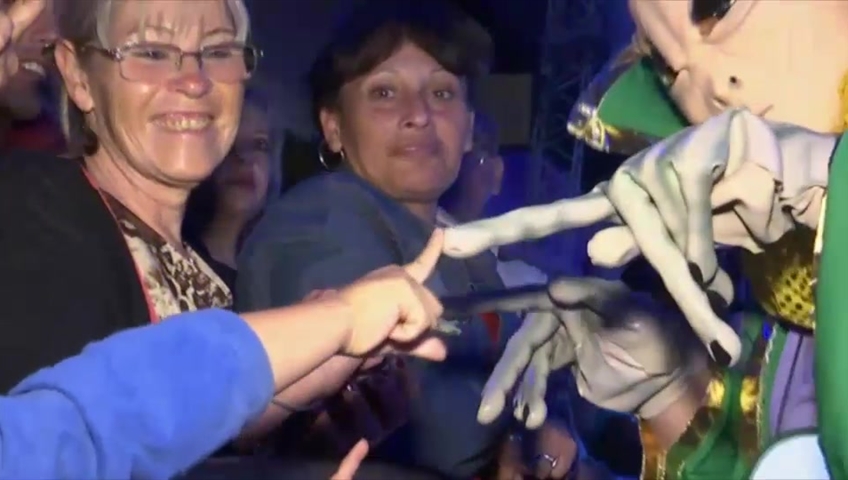 The festival also played host to workshops on everything extraterrestrial held near a local hill, where an alleged UFO sighting occurred 30 years ago. The extraterrestrial visit is said to have left a large burning mark on the hill’s grass while also boosting the local economy. Some locals have dedicated their entire lives to prove the existence of extraterrestrial life and believe that the festivals fast growth could lead to the sidetracking of how it all started i.e. the possible UFO sighting on Jan. 9, 1986 by a local boy.

Whether you’re a believer or a skeptic about the existence of Aliens and UFOs, this is definitely an interesting festival to experience.